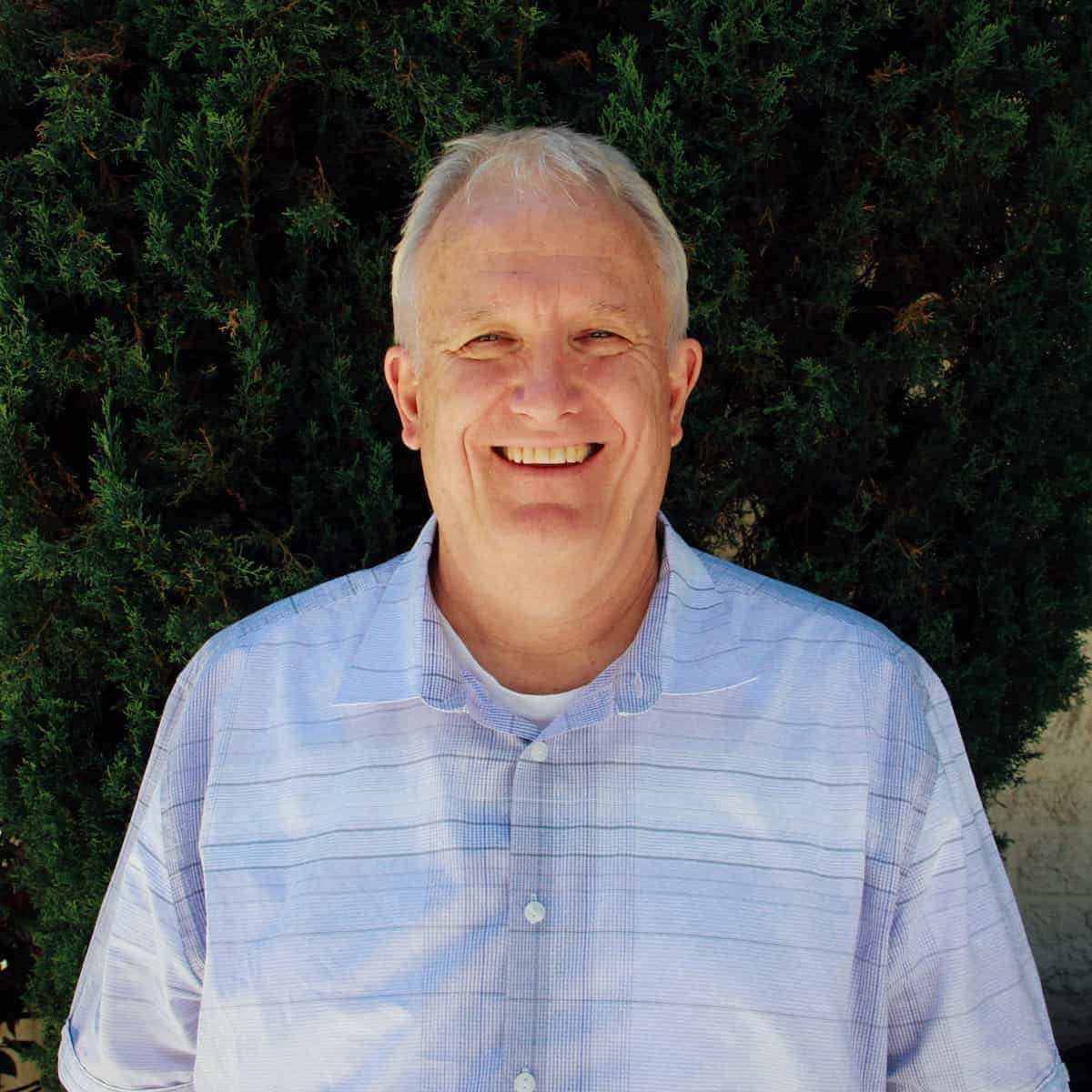 Jim Welch, Senior Pastor
Jim and Christie came to Peninsula in 1994, after spending nine years baking in the desert! Jim is a native Californian, who has a B.A. in History from Biola University, and a Th.M. from Dallas Seminary. Jim and Christie were married while they were both school teachers at Brethren High School, then located in Paramount. Their desire is to serve the Lord together and let the world know that living God’s way is always best. Jim loves to travel to Israel (don’t get him started on that subject) and to teach the Scriptures. They have three great kids. 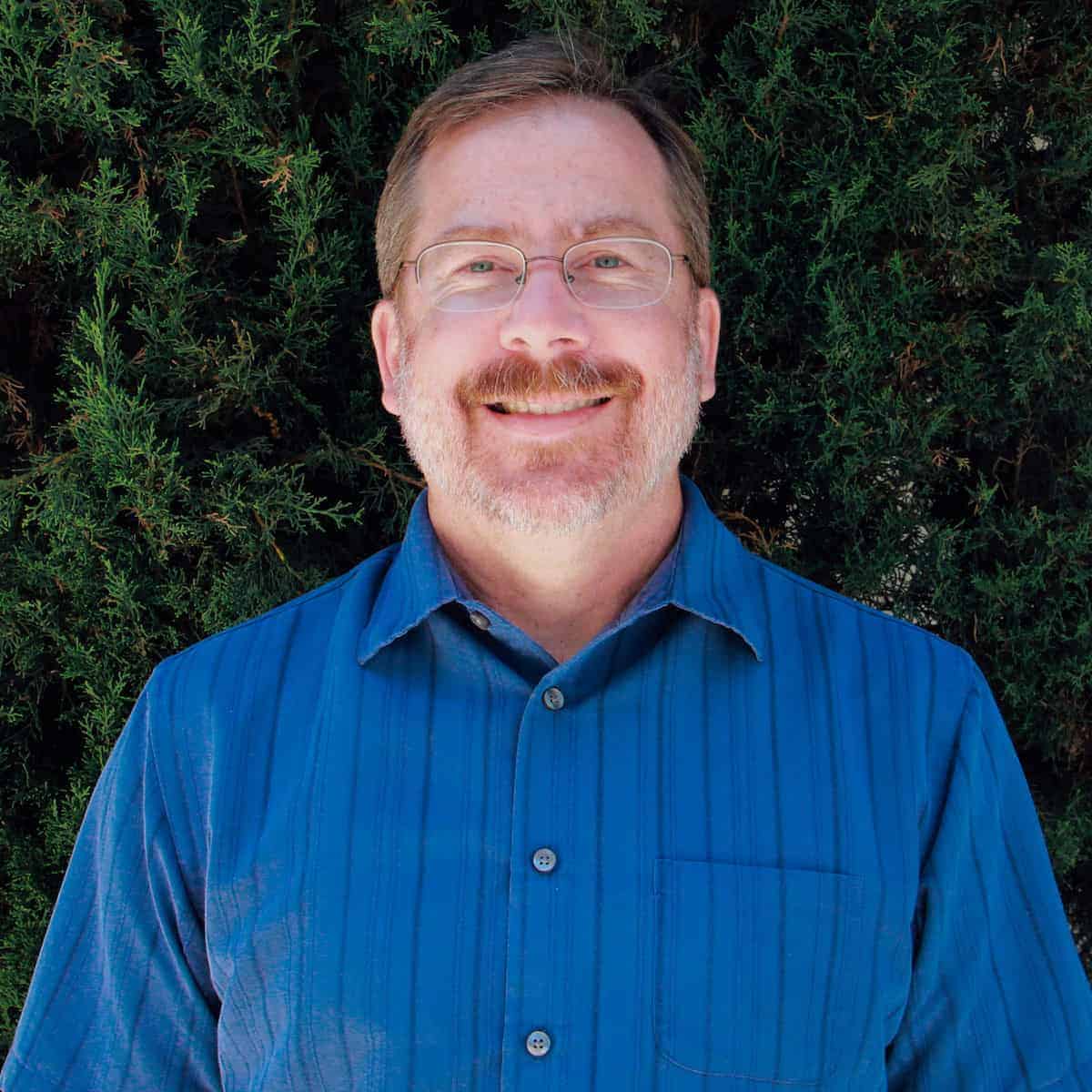 Bruce Junkermann, Pastor of Adult Ministries
Bruce has been at PCC since June of 1998. Bruce met his wife Laura while he was attending Dallas Theological Seminary where he received a MABS. They married in 1990 and then moved to Vancouver, Washington where Bruce continued his studies at Western Conservative Baptist Seminary and earned his Master of Divinity. Bruce and Laura have two beautiful daughters, Haley and Mercy. 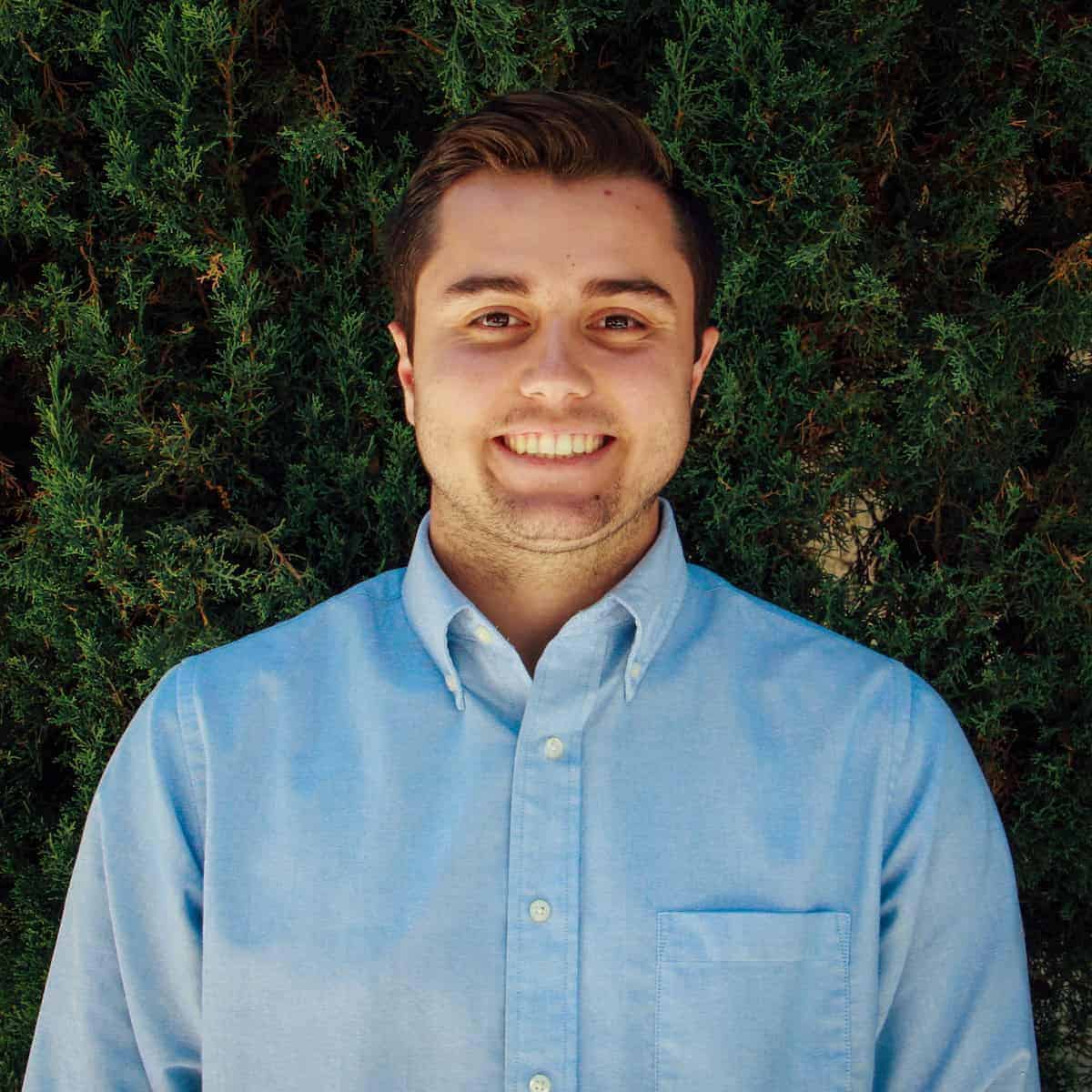 Andrew Staffieri, Student Ministries Director
Andrew joined our staff the summer of 2017. Andrew received a BA in both Bible and Youth Ministry from Moody Bible Institute. He is currently finishing up a Masters of Arts in New Testament at Northern Seminary. In 2020, Andrew got married to his beautiful bride and best friend, Katie. As Director of Student Ministries, Andrew‘s desire is for the students to know God and to make Him known. 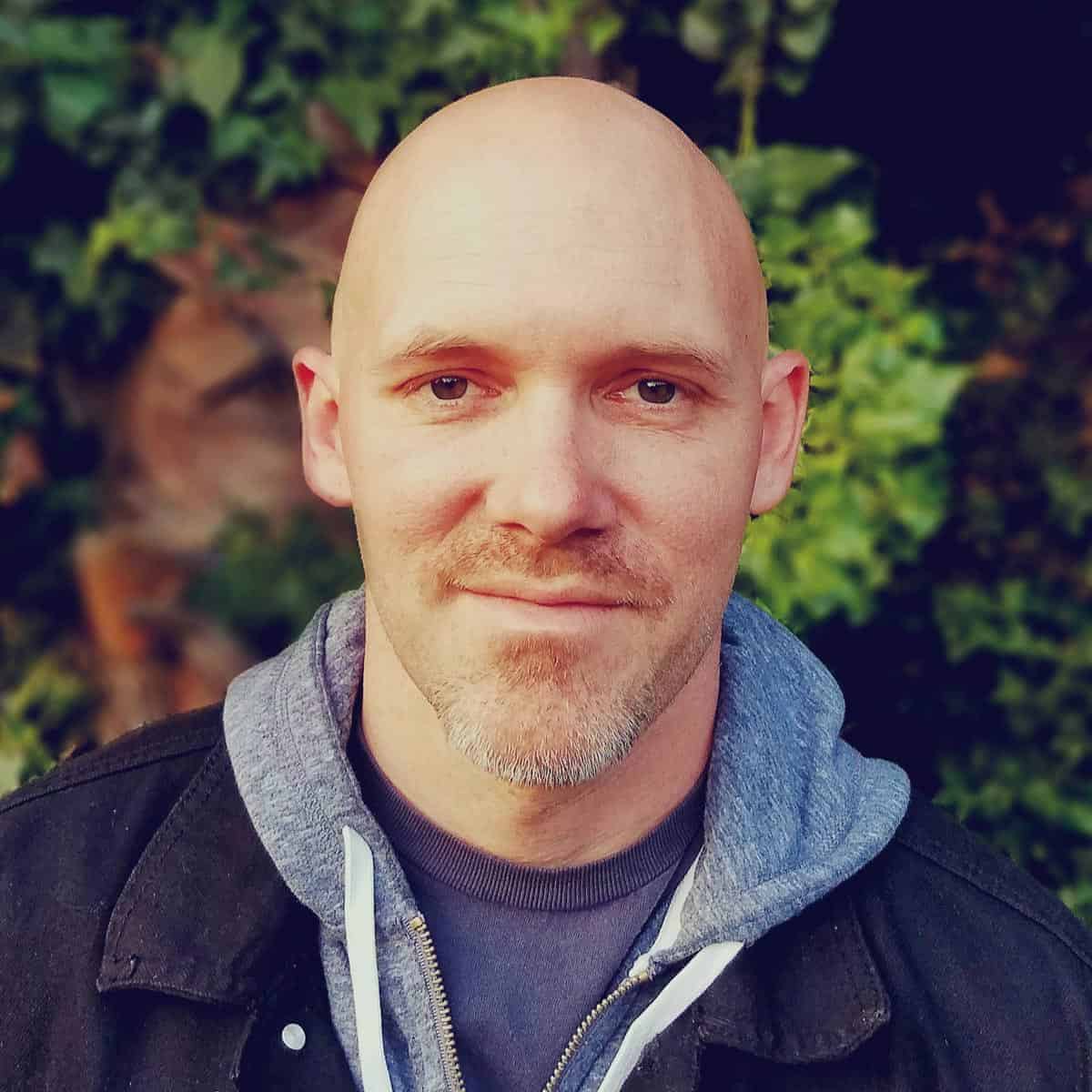 Paul Duncan, Worship Director
Paul Duncan has served as the worship leader at Peninsula Community Church since 2011. A multi-instrumentalist, and award-winning songwriter who has been working in music ministry for over 20 years, Duncan studied at Wheaton College before making Southern California his home. He oversees our Sunday worship and arts ministries, coordinates the church’s audio/visual teams, and continues making music outside the church while serving at PCC. Along with having played at churches, clubs, universities, and countless different venues around the world, Paul has also written songs for artists such as Lauren Daigle, Jordan Feliz, Meredith Andrews and many others. He lives with his wife Jeami and daughters, Elliotte and Eddison, in Redondo Beach. 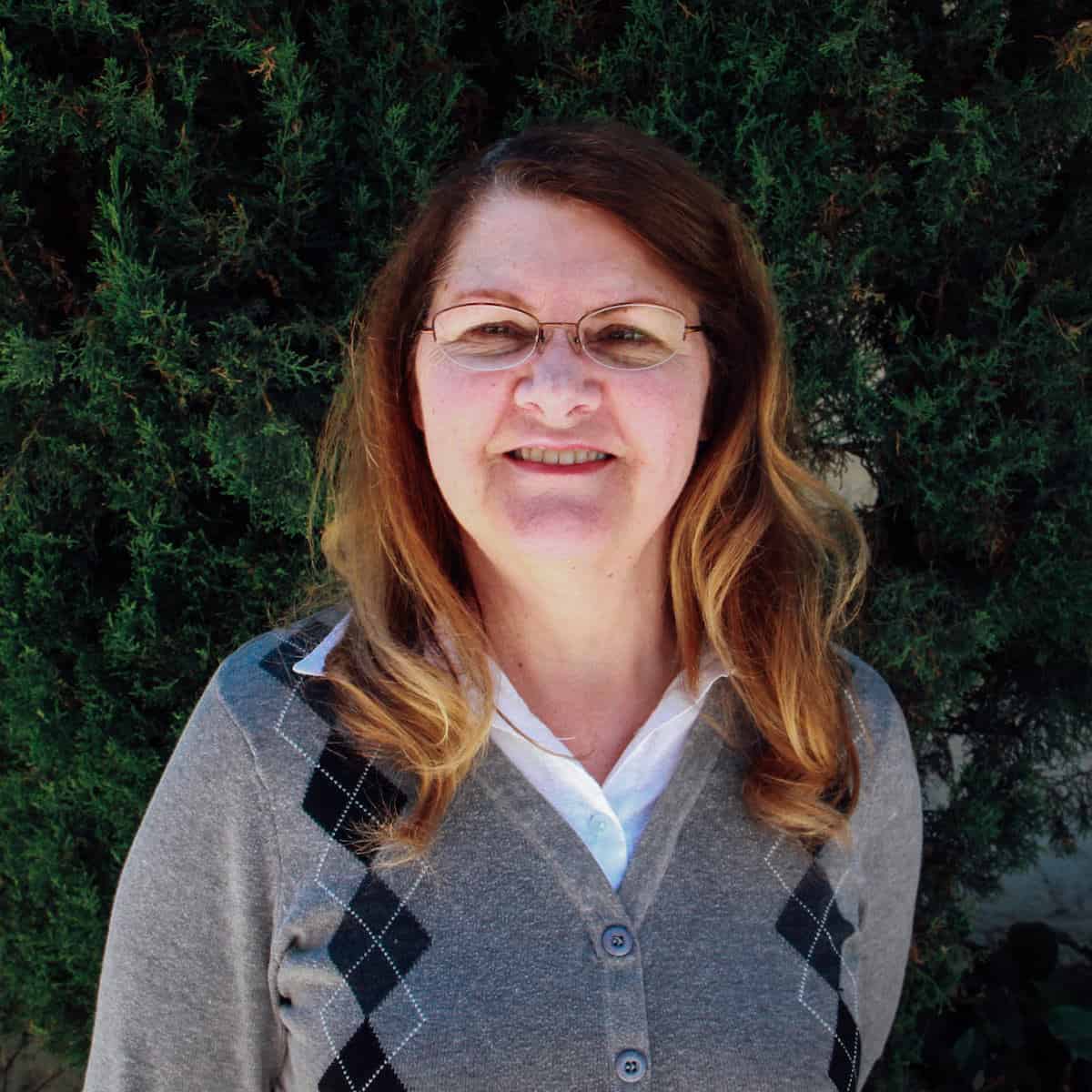 Linda Greenlund, Office Manager
Linda has been Office Manager at PCC since the spring of 2008. She home schooled her 2 kids and was an AWANA leader for many years. Linda enjoys cooking, sewing and curling up with a good book. She likes nothing better than to and spend time with her favorite person, her husband Lloyd. 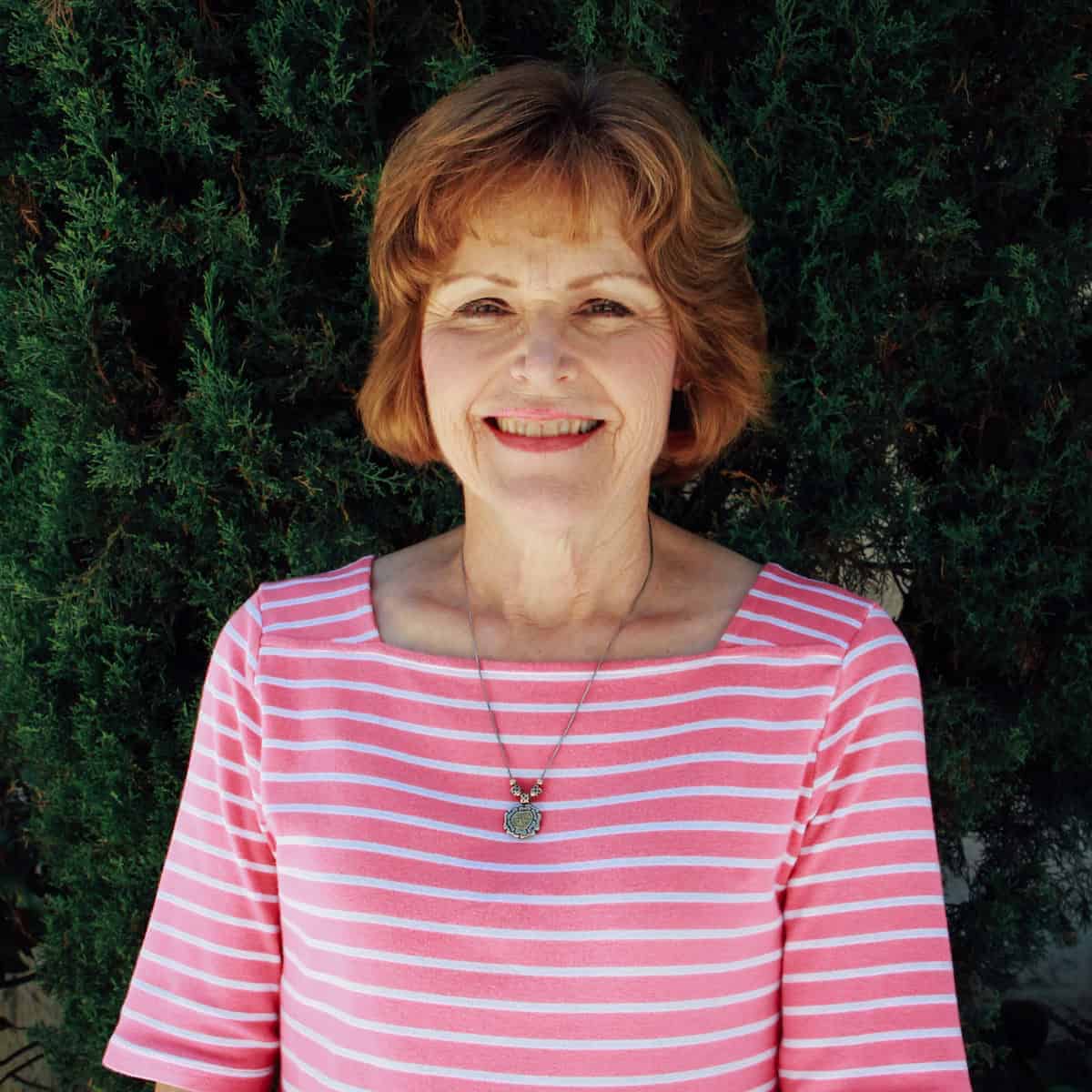 Christie Welch, Preschool Director
Christie has a BA in Family and Consumer Science from California State University, Long Beach, with a Life credential to teach preschool through secondary students. She has served in various ministry capacities at Peninsula Community Church, including Awana Sparks Director and women’s ministry director. Christie is married to Jim (Senior Pastor at Peninsula Community Church) and has three grown children (including two alums of the PCC Preschool). 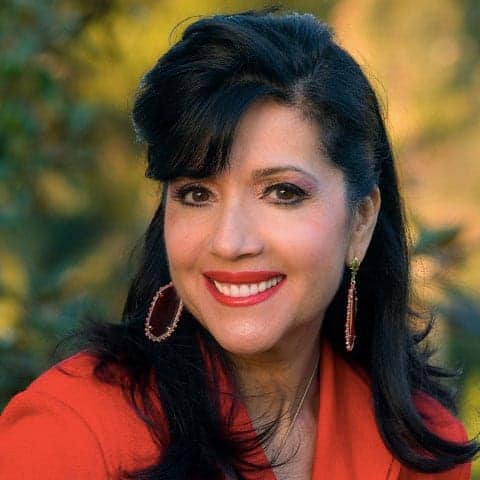 Joanna Nachef, Choir Director
Joanna Medawar Nachef is recognized as the first woman conductor from the Middle East. Born in Beirut, Lebanon, she moved to Los Angeles in 1976. Dr. Nachef is Director of Choral Activities at El Camino College, having earned her Doctor of Musical Arts from the University of Southern California. She is founder and Artistic Director of JOANNA MEDAWAR NACHEF SINGERS and Artistic Director/Conductor of the newly formed Torrance Pops Orchestra. Since 1980, she has served as the Choir Director at Peninsula Community Church.

Dr. Nachef has toured nationally and internationally with her performing groups and regularly appears as guest conductor at Carnegie Hall and in Lebanon. She is speaker and “Citizen Diplomat” for the US State Department, a charter board member and past president for the LA/Beirut Sister City Organization and alumnae of the U.S. Institute of Peace, Washington D.C.

Joanna is married to Hani Nachef and they are blessed with daughter, Hannah and son, Timothy. 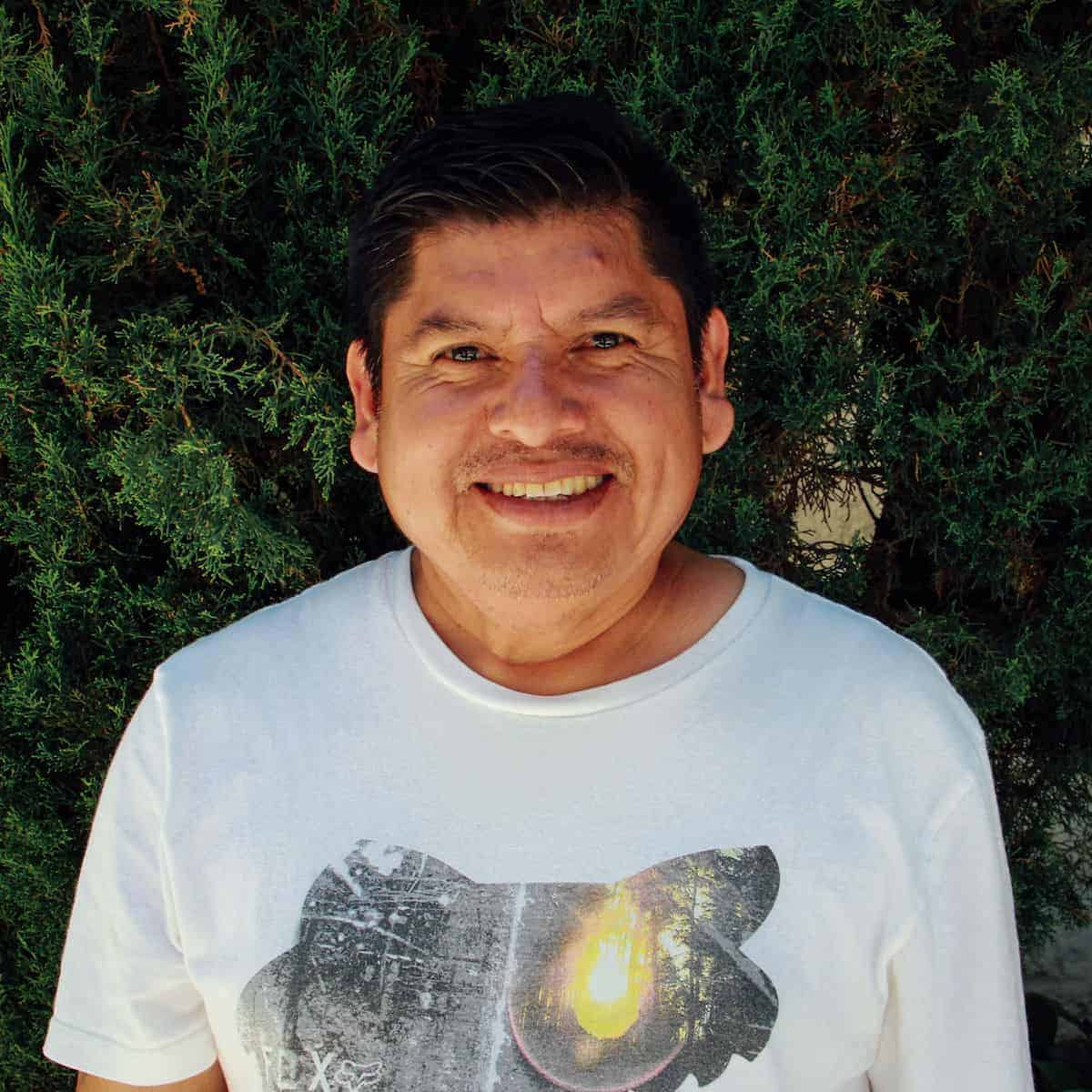 Angel Rueda, Custodian
Angel has been our custodian since 1999. He is a dedicated worker and a great friend. You never see Angel with out a smile! Angel has 5 boys, Angel jr., Danny, Hugo, Alex, and Jacob. Angel loves to read and watch the Lakers and football/soccer. Go Mexico! 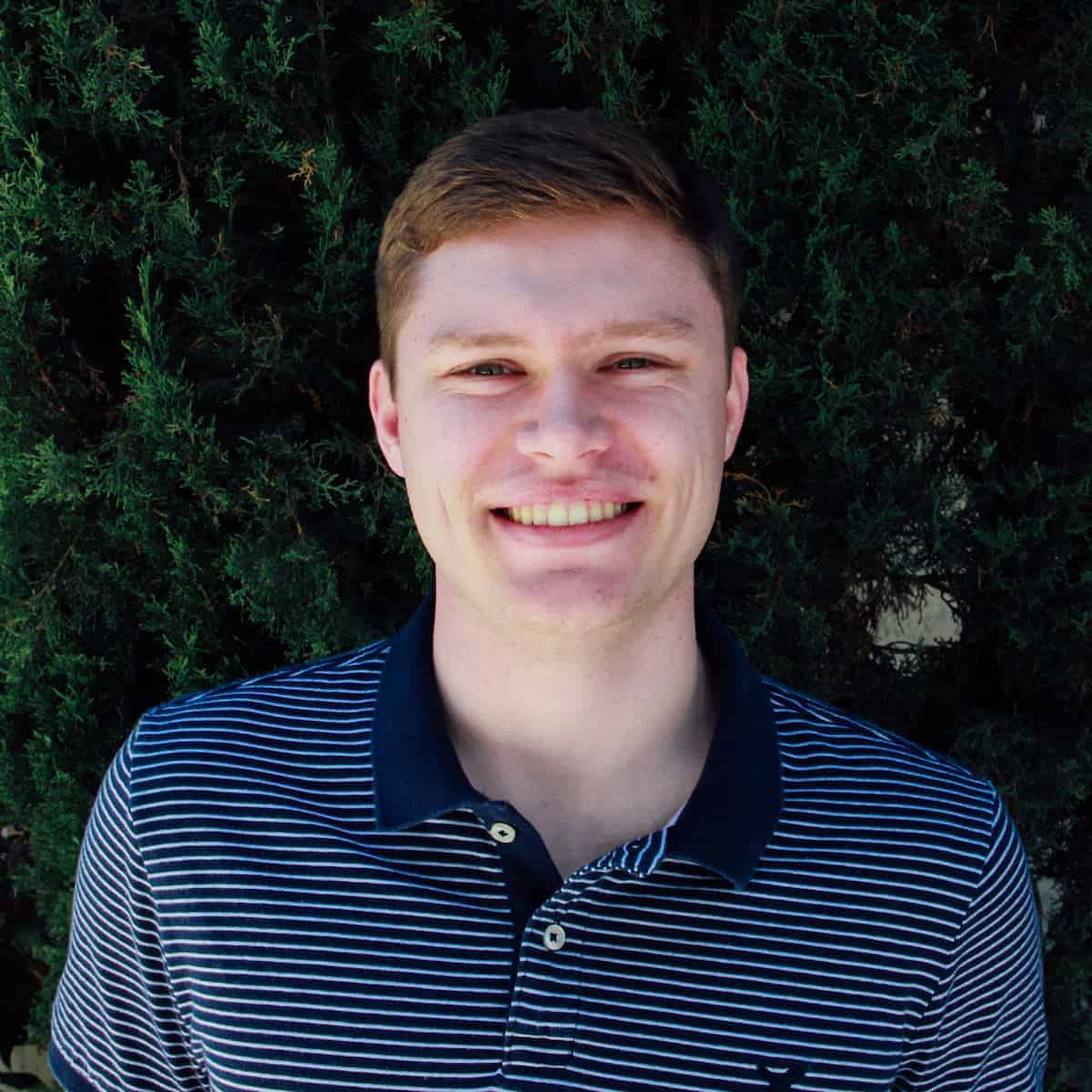 Danny Welch, Graphic Designer
Danny Welch has been at Peninsula since 1994 when his family moved to pastor the church. Danny is a Peninsula Preschool Alumnus, class of 1998. He participated in Awana, the junior high ministry, and high school ministry. Danny is the Graphic Designer on PCC’s Communication Team. Danny has a BA in Graphic Design from Cal Baptist University and enjoys shapes and colors.

Our mission is to connect others to Jesus Christ through worship, discipleship, and service, and we want to help you and your family do that in the simplest way possible.

You have Successfully Subscribed!